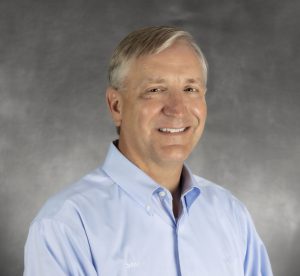 (West Point, GA.) Dec. 17, 2021 – Kia Georgia, Inc. announced the retirement of its President & Chief Executive Officer, Jangsoo (Jason) Shin, effective December 31, 2021. Shin has led the Georgia facility since 2017, overseeing the inaugural launches of the brand’s Telluride and K5 models, as well as the latest generation of its first model, the Sorento. Under his leadership, all of the plant’s products have earned multiple industry awards including the coveted ‘North American Utility Vehicle of the Year.’

Shin remarked, “It has been the greatest of pleasures in my career to lead this outstanding and talented Kia Georgia Team. I am extremely proud of their accomplishments and the Kia Georgia success story.”

Kia Georgia also noted that Chief Operating Officer, Stuart Countess, has been named President and Chief Executive Officer, effective January 1, 2022. Countess joined the company in 2008, as the senior manager of assembly and has witnessed the operation’s development from ground-breaking to a world class automotive manufacturing complex. He has held positions in manufacturing and quality, as well as human resources & administration, serving as Chief Administrative Officer prior to his current position.

“I am honored to have the opportunity to lead Kia Georgia’s world class team in my new capacity,” said Countess. “Kia is looking to the future with great confidence in our contribution to the automotive industry, and Kia Georgia intends to be an integral part of our North American strategy.”

Kia recently announced the addition of the Sportage to the Georgia plant, increasing its product mix to four models and maximizing production capacity.

About Kia Georgia Inc.: Kia Georgia, Inc. is the first manufacturing site in North America for the Kia Corporation based in Seoul, Korea. With an annual capacity of 340,000 units, Kia Georgia is located on 2,200 acres in West Point, Georgia, and began mass production on Nov. 16, 2009. Kia Georgia is home to the Telluride SUV, Sorento SUV and the K5 mid-size sedan.